I write stories about us, our nature and our culture. For empathy, for curiosity, for adventure, for better.

PHUKET, Thailand — Noppadol Ninlaboot recalls the day when, taking his customary pre-dawn jog along the beach near his home, he came across a rare leatherback turtle crawling across the sand to lay its eggs. The last time anyone reported seeing a live leatherback in Phuket was eight years ago, says the longtime resident of the largest island in Thailand.
As tourists gathered around, Noppadol realized he needed to take a different course of action. He phoned a former village official and was a...

Creating urban spaces that allow for the free flow and penetration of water and wind is essential to the survival of water-based cities like Bangkok. “Landscape porosity” can help us better understand and defend these urban ecosystems in times of climate change, says Kotchakorn Voraakhom.
By 2050, rising sea levels could affect triple the amount of people previously predicted, threatening to all but erase some of the world’s great coastal cities including Bangkok. Southeast Asia, the region w... 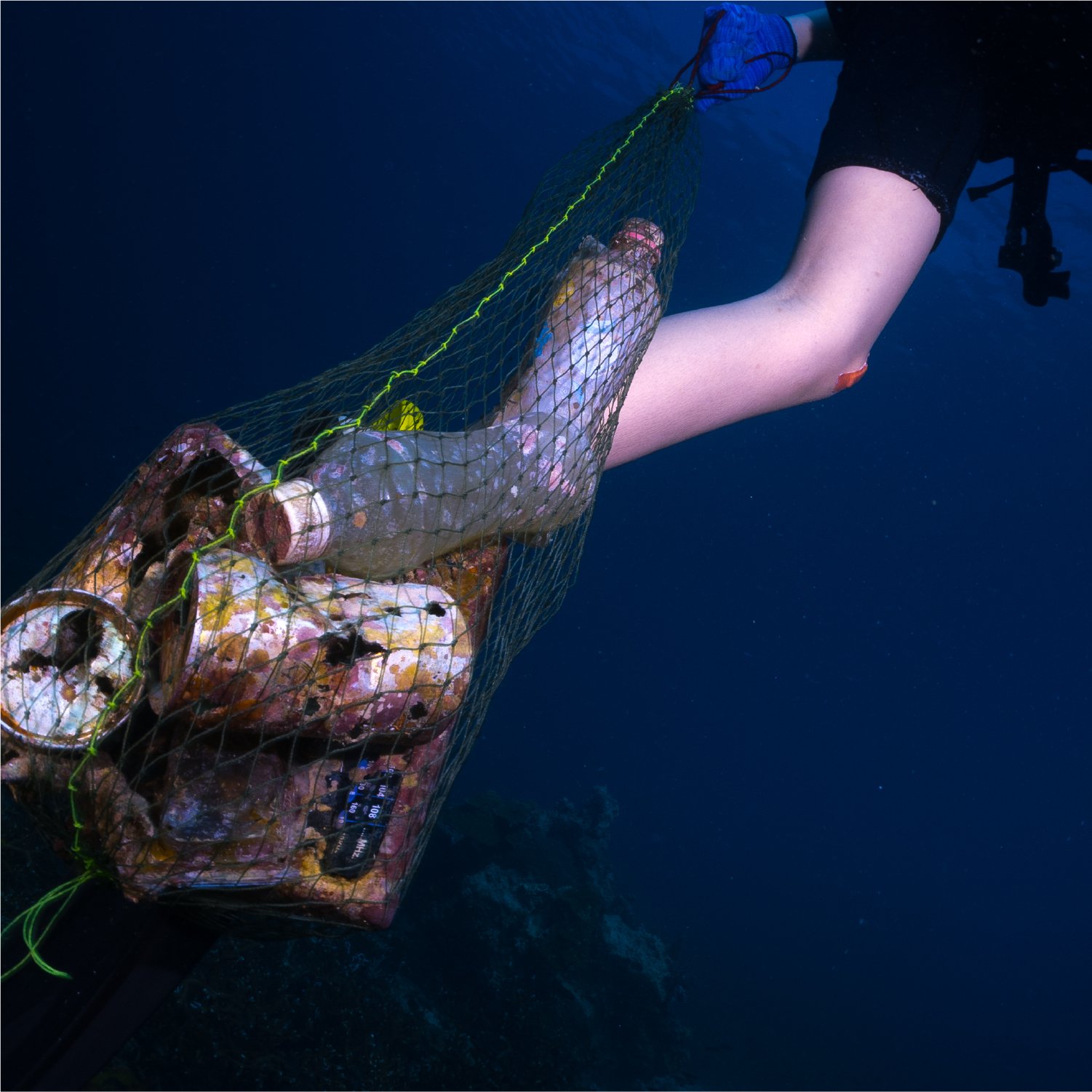 Since the Industrial Revolution, our natural habitats have degraded to the brink of collapse. This doesn’t just affect plants and animals, but also the wellbeing of us, humans. To ensure our survival, we need to restore the ecosystems which provide food, shelter, and air to all life on Earth.
In the last few years, there has been an influx of locals, expats, and travelers in Thailand taking a stand for nature. From picking up plastic trash on the beach and planting trees in degraded forests t...

Dig into the roots of Thai beliefs surrounding auspicious trees and the real benefits they offer to our cities and homes
In many cities across Thailand, it is common to see majestic trees hundreds of years old with colored ribbons tied around them, a remnant of the animist beliefs that pervade Thailand.
But increasingly, these ancient trees are being suffocated in concrete, ripping away much of the roots of Thailand’s traditional architecture and treasured landscapes. As more people migrate t... 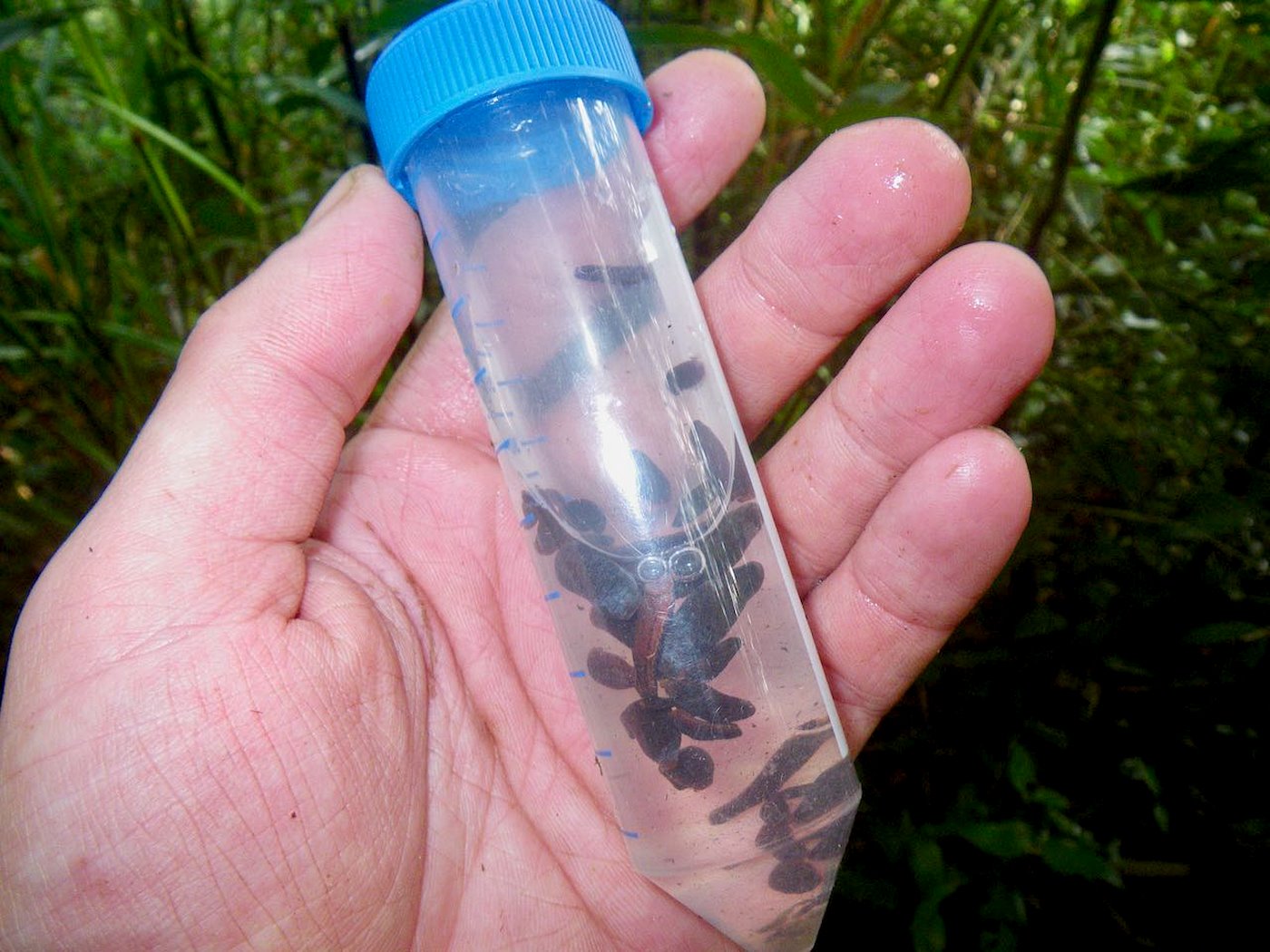 In the last two centuries, the world has seen the spread of zoonotic diseases to humans and the disruption it can cause across the globe. Early detection of such infectious viruses is key to preventing catastrophic ripples. Recently, scientists were able to detect and identify certain strains of coronaviruses in mammals using environmental DNA, or eDNA.
This short story revisits a time when WWF and its research collaborators at Leibniz Institute for Zoo and Wildlife Research (IZW) used eDNA n... 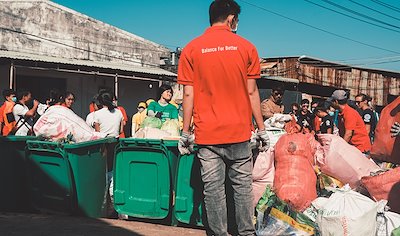 Phu Quoc, a 600 km. sq. island in the south of Vietnam, is filled with rich biodiversity in both its national park and marine protected area.
Drawn to its verdant forests, waterfalls, 150 butterfly species, hawksbill turtles and vibrant reefs, holidaymakers visit in droves.
In 2018, Phu Quoc received almost four million visitors, dwarfing the local population of just over 100,000 - who live in sleepy fishing villages and are known for their world-class fish sauce.By the end of that year, 248 ... 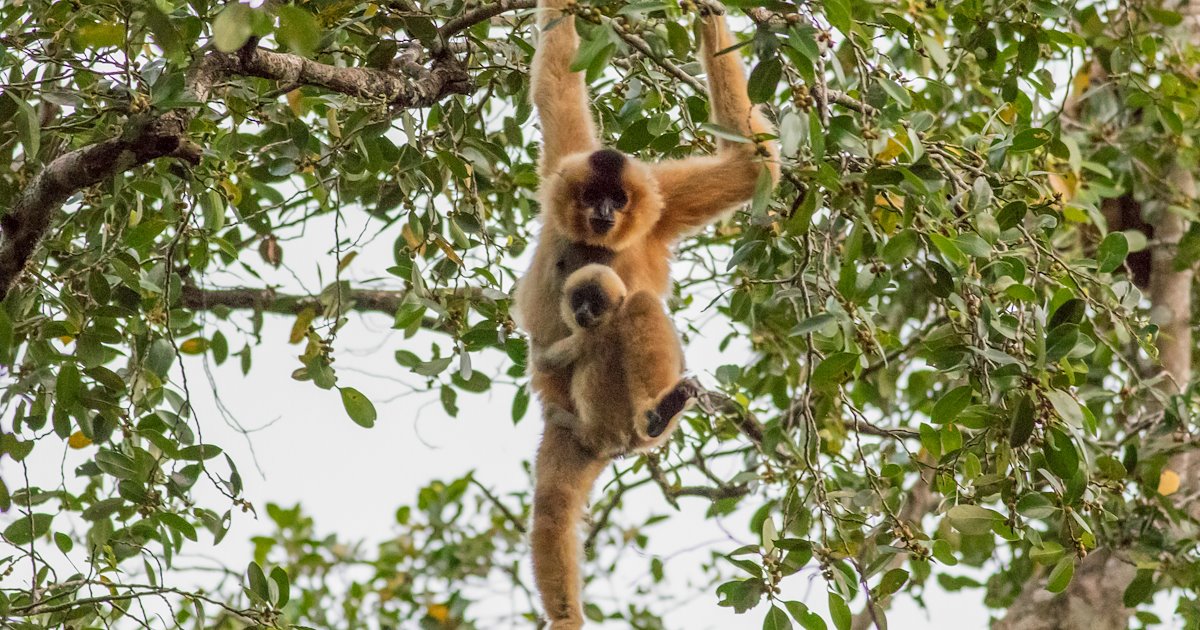 The Call of the Gibbons (WWF)

With a 96 percent similarity between our genomes, there is a lot that gibbons can tell us about ourselves. But because of our behaviour, some gibbon species are now on the brink of extinction.

As the rate of agro-industrial expansion, mining and large-scale infrastructural developments and poaching increase, scientists are rushing to protect gibbons and their habitats. But because of their speed, shyness and arboreal nature, it can be very hard to spot a gibbon in the wild in order to study it for conservation strategies. 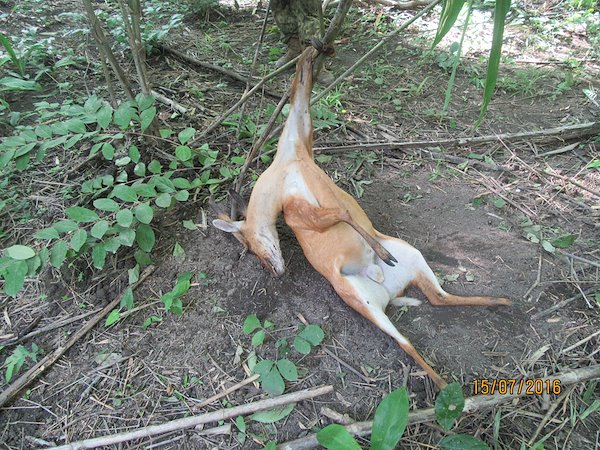 Fifty years ago, Mondulkiri province in the Eastern Plains Landscape (EPL) of northeastern Cambodia was sprawled with pristine deciduous forests full of sustenance for indigenous communities. The forests were open to locals to forage a variety of mushrooms, wild fruits, nuts, honey and vegetables.
But as wildlife poaching, illegal logging, land clearing and other infrastructure development encroached on the forests, the ecosystem began to weaken and these valuable resources began depleting.
“... 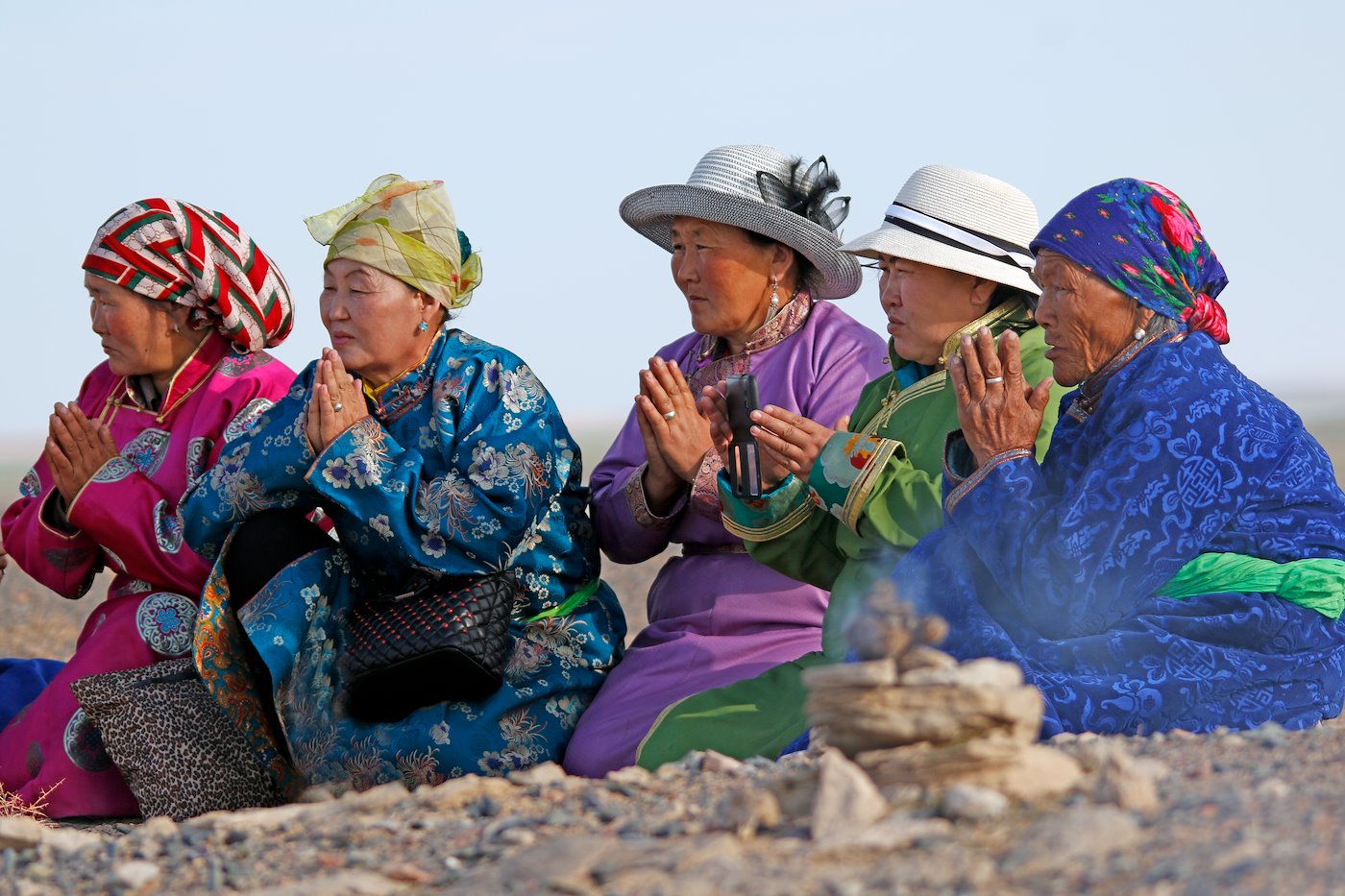 The Gobi is a challenging place to live. This desert makes up 40 percent of Mongolia’s territory, where temperatures can rapidly vary up to 35°C in a day, ranging from -47 to 34°C throughout the year. Water is sparse.

For those who manage to survive in this unforgiving landscape, hardiness and adaptability is key. Locals herding communities whisper of a rare creature who has adapted such that it does not need to drink water at all: the Mongolian saiga.

Unlike the saigas, the herders and their... 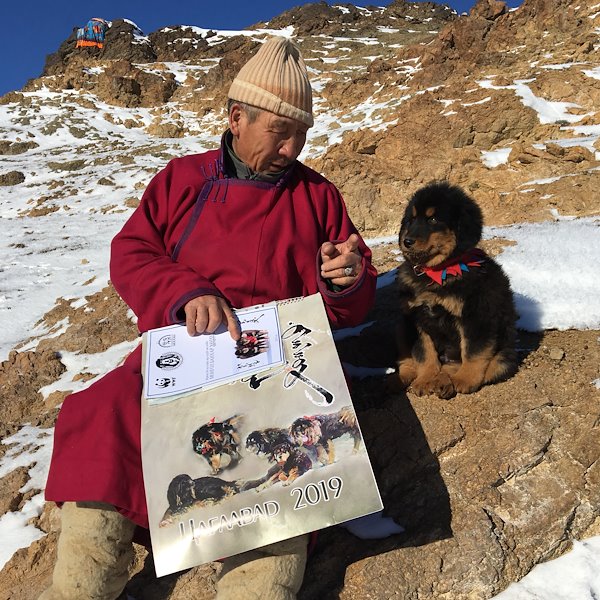 From Tiny to Mighty (WWF)

On a shivering cold morning in Mongolia’s capital city, 20 shiny wet noses and 20 pairs of bright black eyes stare out from the boot of a Toyota Tundra. Breath misting in the morning frost, their pink tongues framed by a thick coat of black and brown fur.

It’s a big day for the Bankhar puppies. They are about to embark on a journey of over 1,300 kilometres to Mongolia’s Darviin Nuruu Mountain Range. In this remote and unforgiving landscape, conflict between... 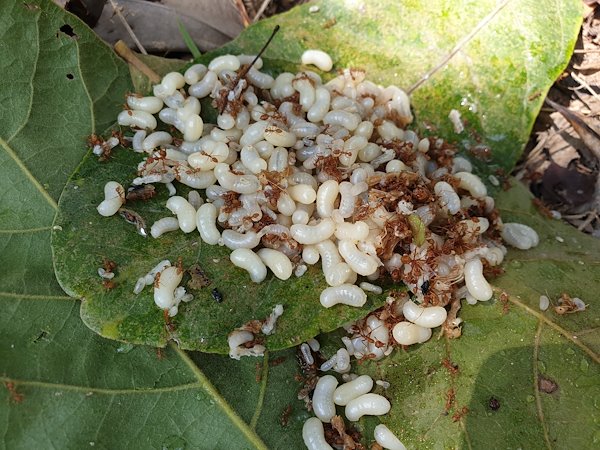 “During the mushroom season, we feel very restless,” says Arun Khampan with bright eyes and a cheeky smile.
She glances over each shoulder to the four women sharing the bench. There’s an ease and familiarity among them - the kind that exists only between family or childhood friends.
“Have you ever bought a lottery ticket?” she adds, “It’s like the start of a new cycle, you just have to get out there and buy it!”
They all chuckle, gazes falling toward the dark wooden table stacked with today’s... 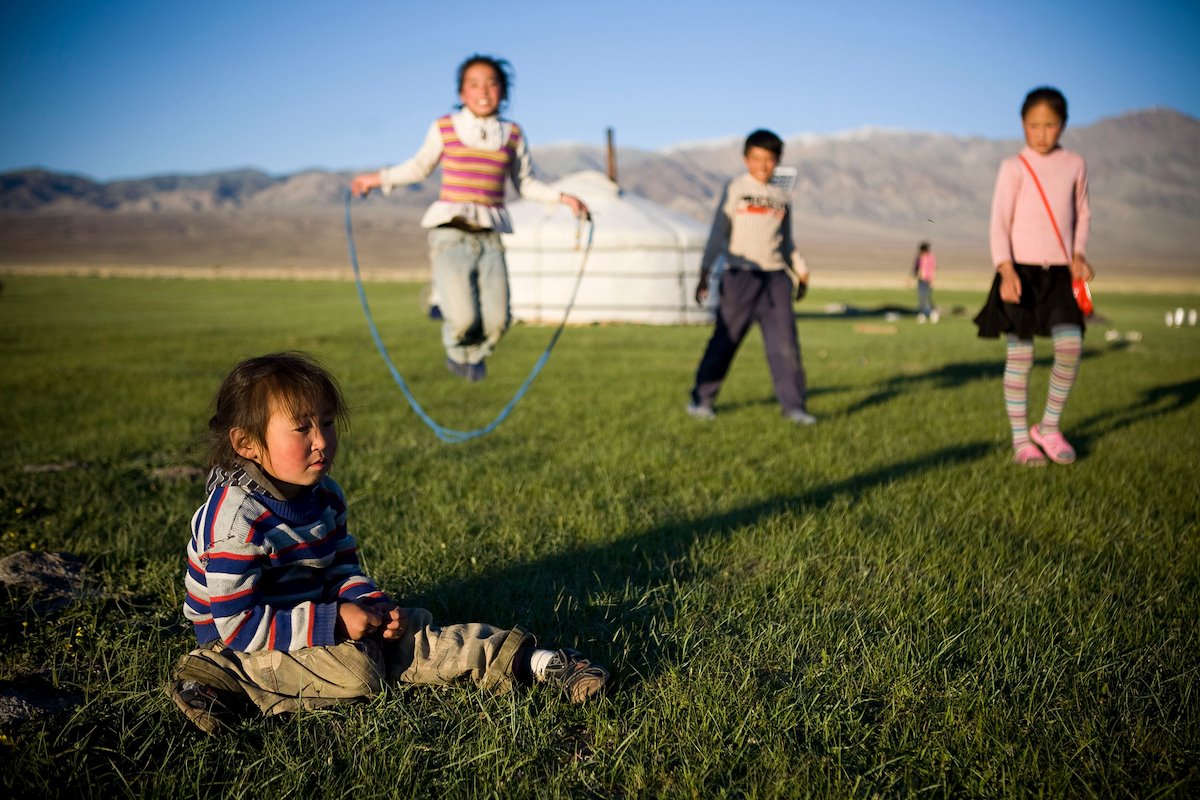 LIVING IN A GER, MEANING ‘HOME’ IN MONGOLIA AND MORE COMMONLY REFERRED TO AS YURT IN ENGLISH, HAS GROWN POPULAR IN MANY PLACES AROUND THE WORLD. BUT ITS ORIGIN LIES IN CENTRAL ASIA, PARTICULARLY ACROSS THE STEPPES OF MONGOLIA. SET UP TO BE A PORTABLE HOME, THE GER HAS BEEN A TRADITIONAL PART OF THE LIFE OF NOMADIC HERDERS HERE FOR MILLENNIA.
Building a Mongolian ger begins with a circular wooden frame: an assembly of lattice wall sections, a door frame, straight roof poles and a crown held to... 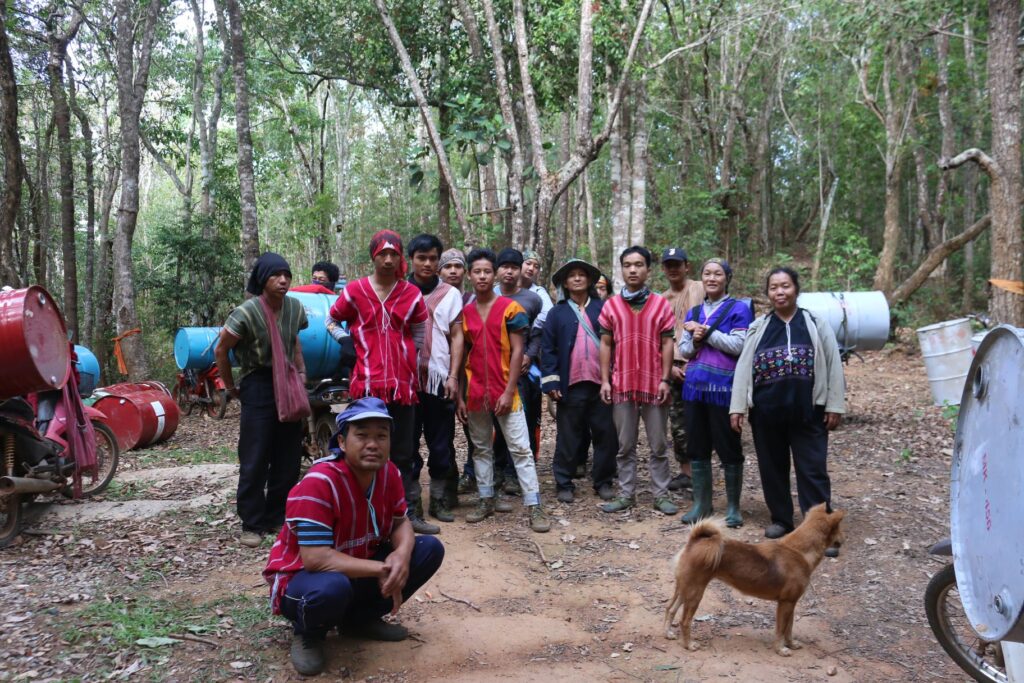 Just like his ancestors have long done, Somchat Raksongplu —a leader of the Karen indigenous community in northern Thailand— went to collect logs from the forest to build a shrine near his village of Baan Klang. But in a matter of hours, national park rangers threatened to arrest him for theft of natural resources.
“For 300 years, we’ve taken care of this forest,” said Raksongplu, headman of Baan Klang village. “Now [the rangers] accuse us of drying the watershed, contributing to climate chan... 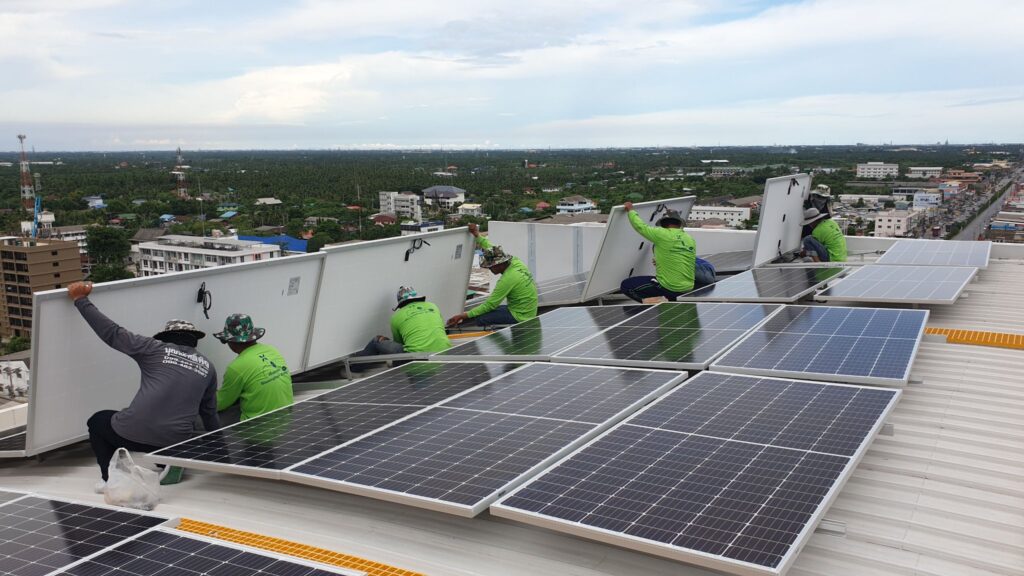 Maintaining just 60 beds, the Kaengkoi Hospital already spends roughly 400,000 baht (USD13,000) each month on electricity bills. As Vice Director, Thanin Sooksagniam sought better solutions to mitigate this financial burden. His answer awaited on the rooftop of the hospital.
Along with six other public hospitals, the Kaengkoi Hospital became part of the pilot project for Solar Fund. Solar Fund is a coalition of 15 non-governmental and civil society organisations working to promote and expand ... 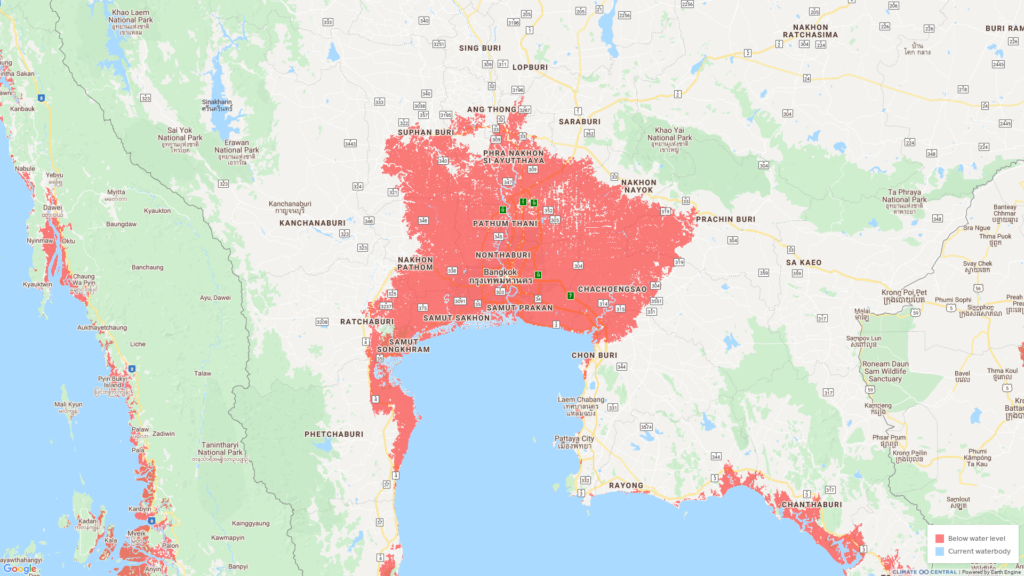 When Wissanu Kengsamut was younger, he and his friends would go to the local temple every weekend to watch movies at the outdoor cinema. Nearby, others would come to hang out, play chess or football and gather for religious ceremonies. But today, there is no longer any grassfield for the villagers to lay their mats on.
In less than 30 years, the sea has entirely swallowed the land and much of the community.
The town of Ban Khun Samut Chin in Samut Prakan province is located right by the mouth...